All my baggage, except my carry on, was on the flight – and I was not on it!

This experience rattled me and still gives me the shivers when I think about it, even after 12 years!

I was travelling to visit my parents in the UK and got the flight booked from Bangalore to London via Colombo.

I’d been to the UK on the same flight a couple of weeks earlier, but this time it was different.

I was travelling alone.

And, I was in trouble.

Or, so it seemed.

You see, the immigration officer at the Sri Lankan airport asked for my passport before boarding and hadn’t returned it.

I was still sitting alone, with my bag clutched next to me.

People who had seen the officer take my passport were stealing glances at me and the officers alternatively.

I followed their glances.

Did they think I was someone else?

Was it my moustache? (Yeah, I had a very thick moustache in those days)

Did they feel my passport was fake?

(I saw them put up the passport in some special light and under the scanner.)

I walked up to them and mustering my bravest tone asked them if there was any problem.

I got my answer with the sternest of glances and an authorative voice telling me I should ‘Go back, sit down and wait’.

It looked like I had just garnered more attention. More passengers were looking at me.

After some more harrowing minutes I was finally given my passport back.

I was relieved. but, still confused.

What did I learn?

This incident taught me one thing – the one in control is the one who has the perceived or real authority.

The immigration office had the right to stop me, question me, or even deport me.

At that point in time they were at the top of the food chain. Not me.

How different is it in the online marketing world?

Who do people listen to?
Who do people want to be associated with?
Who gets the sales?
Who makes the profits?
Who is the most influential?

The one with authority.

You may undermine the imporance of authority, or may not even fully understand it. But, just give it a thought. Would you like to be the immigration officer or the passenger?

If you answered ‘Immigration officer’, well done! I was hoping you’d say that – because I know that you, as an internet marketer, want to build your own presence and authority. You want people to be able to recognize you as the ‘expert‘, ‘leader‘, ‘guru‘, or ‘master‘ in that niche. You want people to look up to you, follow you and ask for your advice. You know that this will help your business grow.

How can all this be accomplished?

I have just the resource for you. A gift, in fact.

Just click the image below and start building your own authority now.

By the way, I was able to reach the UK without any further issues that day. And, even if you don’t download this resource, I hope you enjoyed my post. 🙂 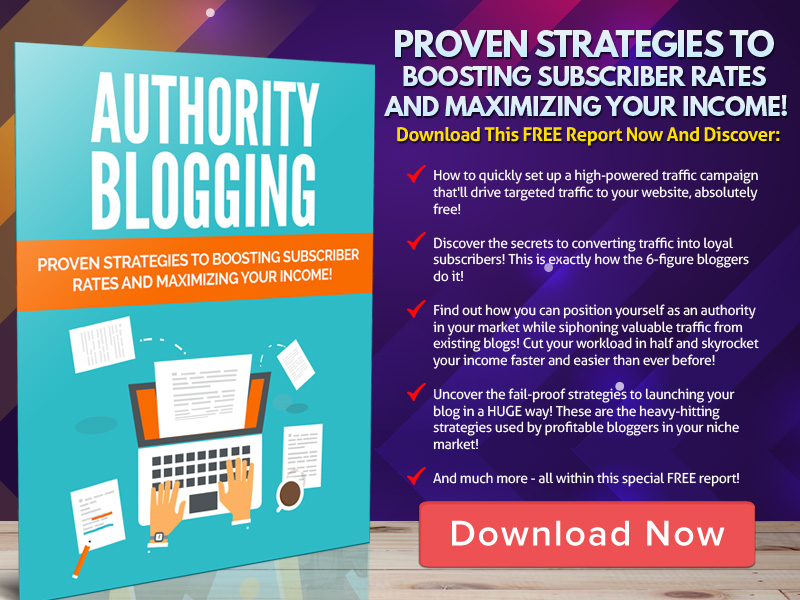 5 Habits That Will Kill Your Time Management Efforts

SOS – The Most Dangerous Acronym for Internet Marketers

What’s More Important to You – Family or Business?